ROCHESTER – The bond between a coach and his school isn’t always a natural one.

A 2003 graduate and former player for the Colts, Kassa is hoping he can take the love of his former school and build it into a championship. 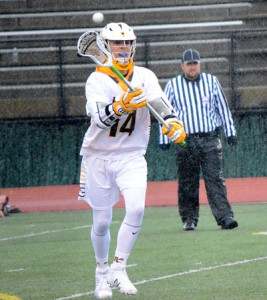 Kassa led his Colts to a victory on Thursday night, as Troy battled through a steady rain to pick up a 10-3 win over Rochester Adams on the road.

“Our guys came out knowing the conditions were going to be tough, but they played through it and played very well,” Kassa said of Thursday’s win, which improved Troy to 6-4 on the season. “You could tell passes weren’t going to be crisp, but our guys just stayed patient and slowed things down. When you take your time, good things will happen.”

The Colts had a very balanced effort when it came to scoring, as eight different players scored the team’s first eight goals.

Troy established a 7-1 lead entering halftime thanks to the scoring diversity, as well as the play of senior goalie, Joey Carpenter. Carpenter turned away a number of Highlanders’ shots in the first half and gave his team some momentum.

“Joey has been phenomenal these past nine games,” Kassa said. “He’s the captain of our ship back there and he is a great leader for this team on, and off, the field.” 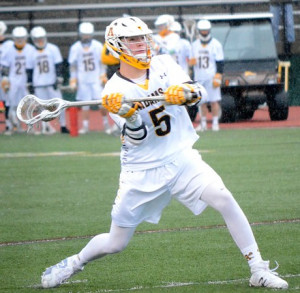 Adams got its three goals from Reed Vogt, Sam Antenucci and Bryan Collier. The Highlanders fall to 3-6 on the season with the loss.

“We have been struggling with injuries the past few weeks and are looking to get some guys back soon, but it’s hurt our execution on the field,” Adams coach Scott Glowacz said. “Troy played a great game and they are a well-coached team, we just have to keep working hard, heal up, and I think good things will come.”