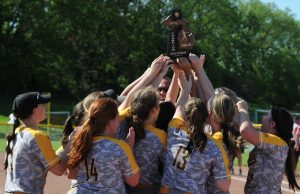 Rochester Adams and Romeo played a tight game for the district championship. Romeo jumped out to an early 3-0 lead, but after consecutive singles by Nichole Claerhout, Mary Nash and Brynna Garden, Emma Curran drove in the first run for Adams with an infield singe.  Adams scored again as the result of a fielder’s choice 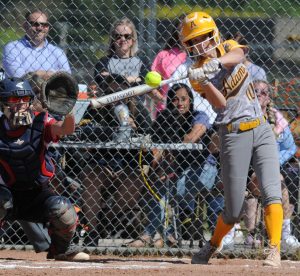 off the bat off Elizabeth Blaine and Sabrina Lee tied the score with an RBI single.

In the 4th inning, Brynna Garden drove in another run to put Adams ahead 4-3 and back-to-back RBI doubles by Curran and Sarah Judis advanced Adams’ lead to 6-3. Mary Nash extended the lead in the 5th, driving in another run to make the score 7-3. Romeo fought back, scoring 3 more in 6th inning to close the gap to 7-6, but Curran pitched a scoreless 7th inning to bring home the victory for the Highlanders. 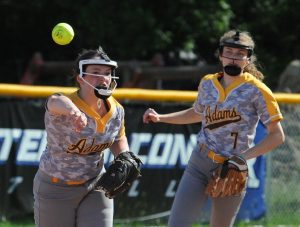 Leading the way for Adams were Emma Curran and Mary Nash. Curran went 3-4 with a double, 2 singles, 2 RBIs and scored a run. Nash went 3-4 with a RBI and a run. Brynna Garden had a single, 2 runs and a RBI. Nichole Claerhout went 2-2 and scored a run. Also contributing for Adams were Sarah Judis with a double and a RBI, Sabrina Lee with a single, a RBI and a run, and Gianna Arnone with a single and a run. 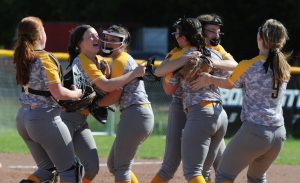