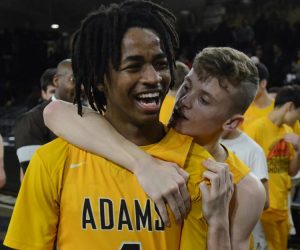 reath and sank both shots with two seconds on the clock.

The first one tied the game, the second won it.

Mims was the hero, but it took a team effort for the Highlanders to defeat Stoney Creek, 38-37, in an OAA White contest in the Crosstown Showdown at Oakland University on Friday night.  With Stoney Creek up 37-36, and six seconds left, Adams got the ball and Mims drove to the basket when he was fouled. 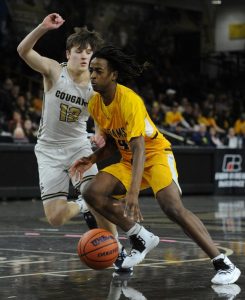 “I just drove in because they told me whenever I get the ball and get space, just attack it,’’ Mims said. “Once I got to the free throw line I just thought about all the times we had fans and practice, then I made two free throws, knocked them down.’’

Adams coach Jaret Thomas had nothing but good to say about Mims who scored a team-high 14 points.  “That kid has so much character, so much 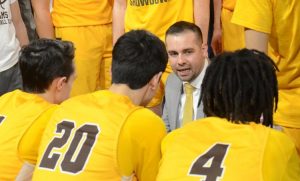 character. High academic, high motor. I can coach him the hardest, he responds the best,’’ Thomas said. “For him to make those two free throws in that situation — no one deserves it more than him.’’

Stoney Creek coach Steve Norgrove had no issue with the call that put Mims on the free throw line.

“I think we fouled, I don’t have any dispute that that last play was a foul but I was not happy with how the game ended. The game kind of got away from the crew a little bit – we were calling for timeout, we had the ball, they called a jump ball and those are the breaks of the game I guess,’’ Norgrove said. “It’s hard to stomach right now but we’ve got to play through those things.’’ 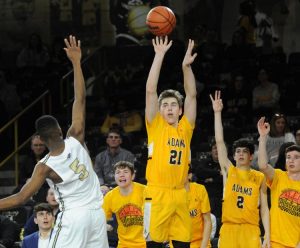 “Trevor Smith (16 points), he does so much for us offensively and defensively — those two steals late in the game to get us the lead. When we were pressuring their guards, his aggressiveness really got to them and he got two contested layups in the last 30 seconds and we get the lead (37-36),’’ Norgrove said.

Six seconds were remaining and Mims did his part to help his team (3-7, 1-3) snap a five-game losing streak. 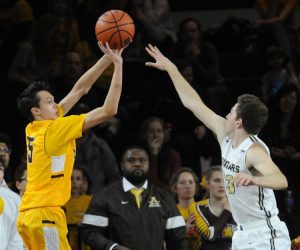 games,’’ Thomas said. “They approach practice everyday as if we’re 9-0, there’s no quit to them. I’m so proud of them from every single guy on that bench, they bring it. We knew it was a tough task, Stoney Creek is an amazing opponent especially for a rivalry game.’’