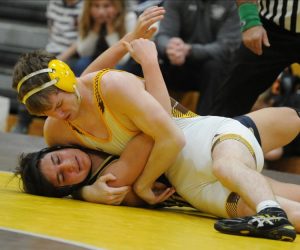 Facing a seemingly insurmountable deficit, Kevin Gibbons took the mat for Adams in the 145lb weight class and began an improbable comeback for the Highlanders.  Stoney Creek dominated early, leading 36-0 after seven matches, before Gibbons pinned his opponent to get Adams on the scoreboard.

Undaunted, his teammates followed suit with a pin b 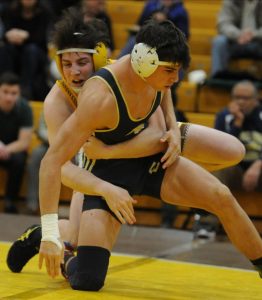 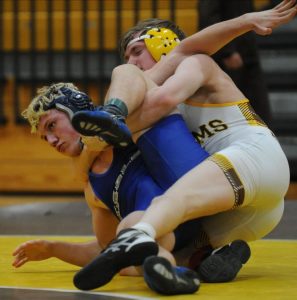 th a pin and the Highlanders earned a 5th District Title in the past six years with a 39-36 victory over the Cougars.

Adams previously defeated Utica Ford 34-31 that evening in the semi-final match to advance to the District Final. 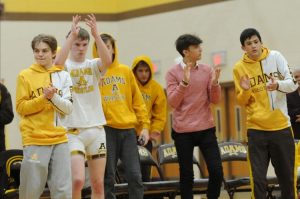