Article and photo courtesy of MIPrepzone
By Jason Schmitt

CLARKSTON >> Things couldn’t have been much closer between Rochester Adams and Lake Orion at last week’s OAA Red boys championship race at Bloomer Park in Rochester Hills.  The Dragons and Highlanders tied at the top with 54 points each. But the Dragons won the meet, as their sixth runner, Clayton Kuiper, finished one position ahead of Adams’ sixth man.

At Friday’s Division 1 pre-regional race at Clintonwood Park in Clarkston, Adams had a little something to prove to themselves — and the field.

“We talked about getting back to beating (Lake Orion) again,” said Lohr, whose team also defeated the Dragons in their dual race back on Sept. 16. “We raced really well today. The last two races, we’ve not been happy with. It was really about getting things right again.”

The Clarkston girls took first in their race, placing three runners in the top eight and finishing with 42 points. Rochester Ada 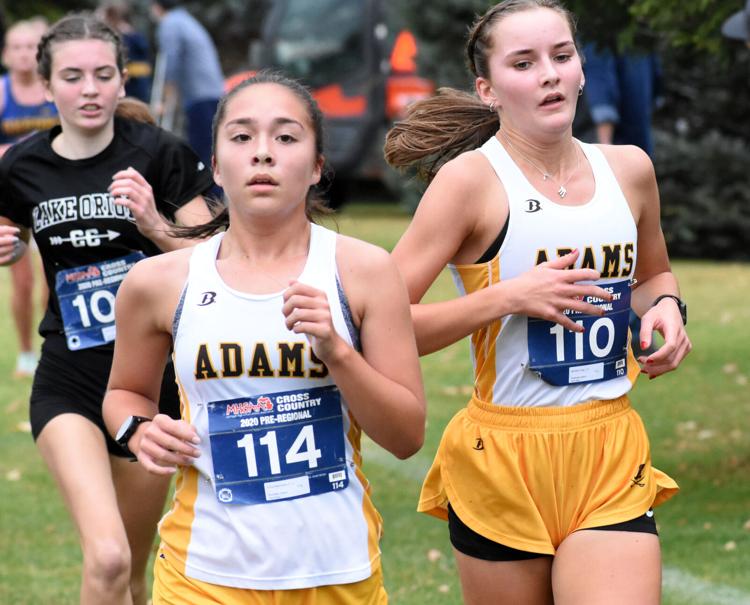 ms placed its top three runners among the first nine and was just six points back of the Wolves in finishing second.

Lake Orion senior Nicholas Laurent finished third overall in a time of 16:25.2. Junior Will Houvener and sophomore Luke Peardon were 17th and 18th overall for the Dragons.