Here are three takeaways from the 50th meeting between the schools: 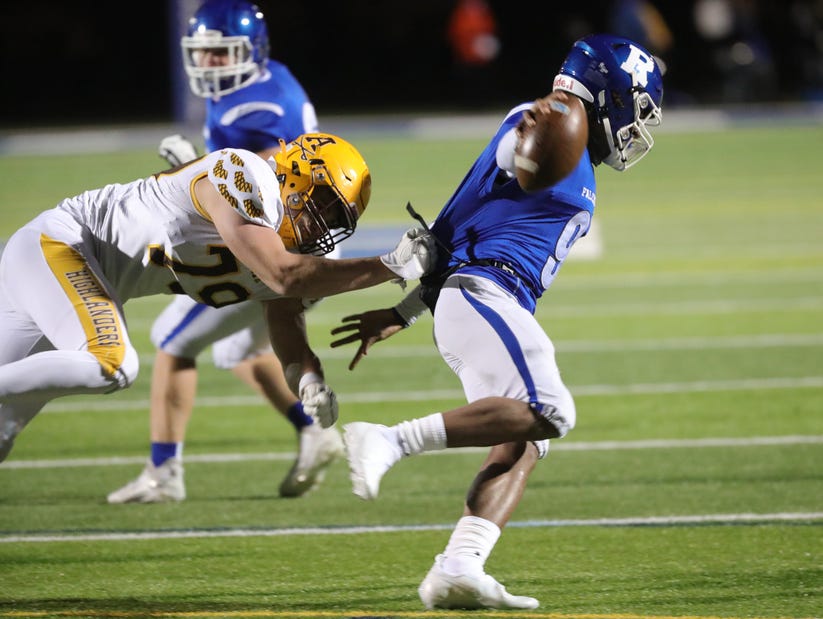 on games to win the OAA Blue, but a fired-up Adams  defense dominated in the first half. Adams (3-4) held Rochester without a first down and to just 4 yards of offense in the first half and set its own offense up with outstanding field position.

In the first quarter, Adams forced a Rochester punt deep in its territory and got the ball back at the Rochester 35-yard line. 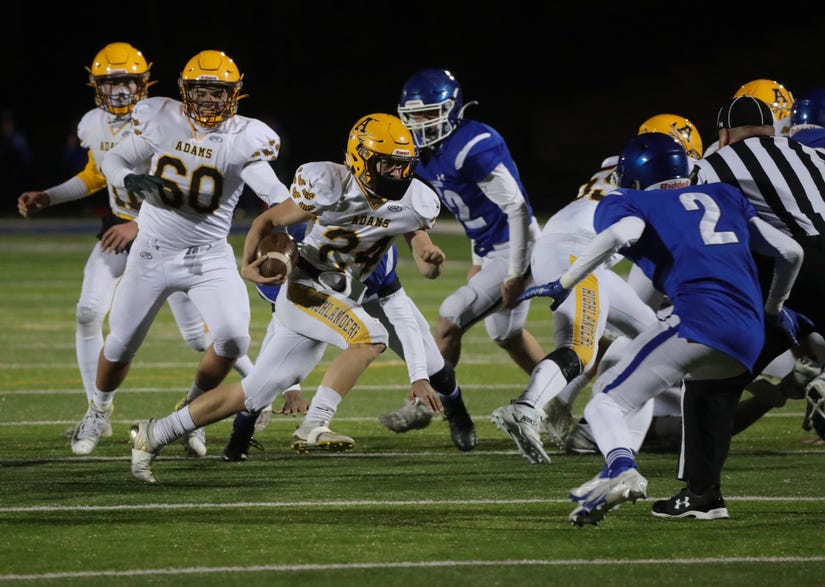 Two plays later, junior running back Griffin Henke scored on a 32-yard run to give Adams a 7-0 lead.

In the second quarter, Adams forced another Rochester punt that gave the Highlanders the ball at the Rochester 28. Adams took a 14-0 lead on a fourth-and-goal touchdown run by Henke from inside the 1-yard line.

The Highlanders once again forced a punt and took over in Rochester territory3: for a third tim 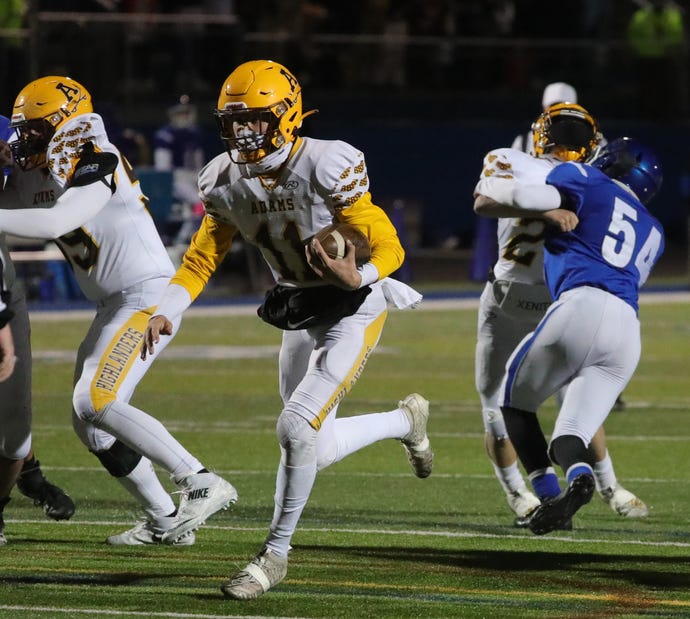 Picot added a 68-yard touchdown run on a third-and-11 scramble in the final minute of the half to give Adams a 26-0 lead.

Adams has won 23 straight against its city rival, a streak that spans 24 years.

The 1993 game was played years before playoff expansion, meaning 8-1 Adams didn’t qualify for the postseason.

Many felt this was Rochester’s best chance to end that streak since it was 6-0 during the regular season to win the OAA Blue and a younger Adams team was 2-4, but the Highlanders had other ideas.

It was Rochester’s sixth winning season since 1996.

State champs next for Adams

While Adams celebrated its winning streak against Rochester and advancing, the road will get a lot tougher.  Next up for Adams is a trip to defending state champion Davison next week.