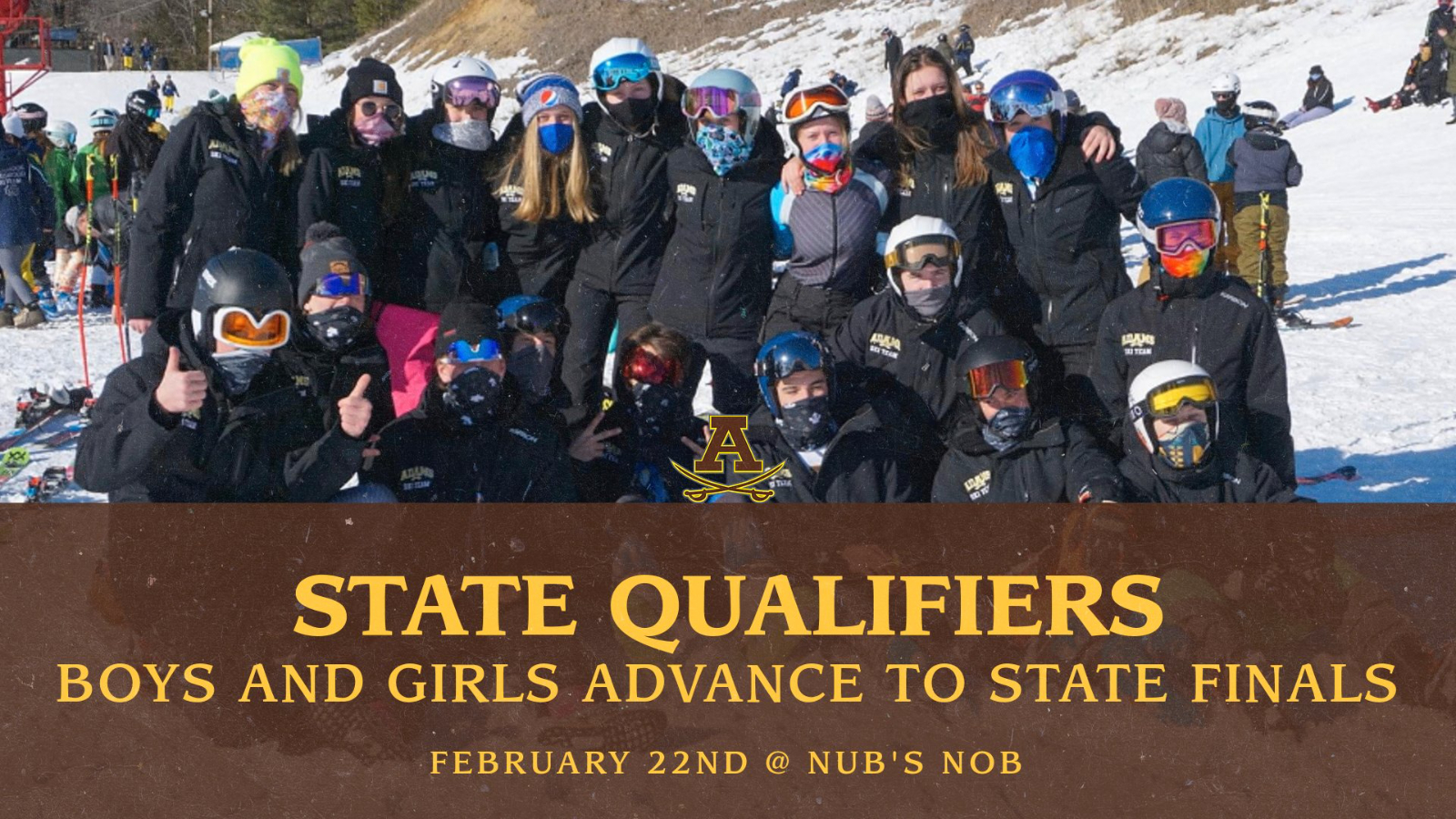 The Adams Highlanders Boys and Girls Ski teams headed out to Mt. Holly on Wednesday, February 10th to compete in the MHSAA Division 1 regional event. The two teams faced some adversity at first as the initial hill for the girls race was unable to be used due to a timing issue. The boys team had just finished their first run on their course but were sidelined with the girls while they mapped out a second course for the racers. In the Slalom, Nathan DeHart took 1st overall. Jacob Corsi also had a strong race as he finished in the top 5 with his 4th place time. Zeke King put a great two runs to finish 5th in the Slalom. His brother Isaac King was 20th in the race to round out the scoring for the team. After the first run the Highlanders boys team found themselves in unfamiliar territory as they trailed Bloomfield Hills by 8 points 30-22. On the girls side Alyssa Fodale was the top racer for her team finishing in the top 5 with her 3rd overall placing. Her sister Katie finished just outside the top 10 in the 11th position. Rachel Dee and Lexi Hazen finished 16 and 19th respectively in the slalom

The Giant Slalom saw the boys take the event. Nathan DeHart was 1st again, Jacob Corsi 2nd, Charlie Buckmaster celebrated his birthday with a 5th place finish and Zeke King took 8th place to help the team win the event by a score of 16 to 24 against Bloomfield Hills and rally for the tie in the process. The Blackhawks took the top spot on a tiebreaker but the boys advance to race another day.

The girls top finisher in the Giant Slalom was Katie Fodale who finished 2nd overall. This strong finish and some great racing by her teammates propelled Adams into the 2nd spot overall and on their way to the state finals with the boys team. Alyssa Fodale cracked the top 10 with an 8th place run while Lexi Hazen and Rachel Dee were 12th and 25th respectively in the Giant Slalom.

The two teams will race at Nub’s Nob on February 22nd in the MHSAA Division 1 State finals.