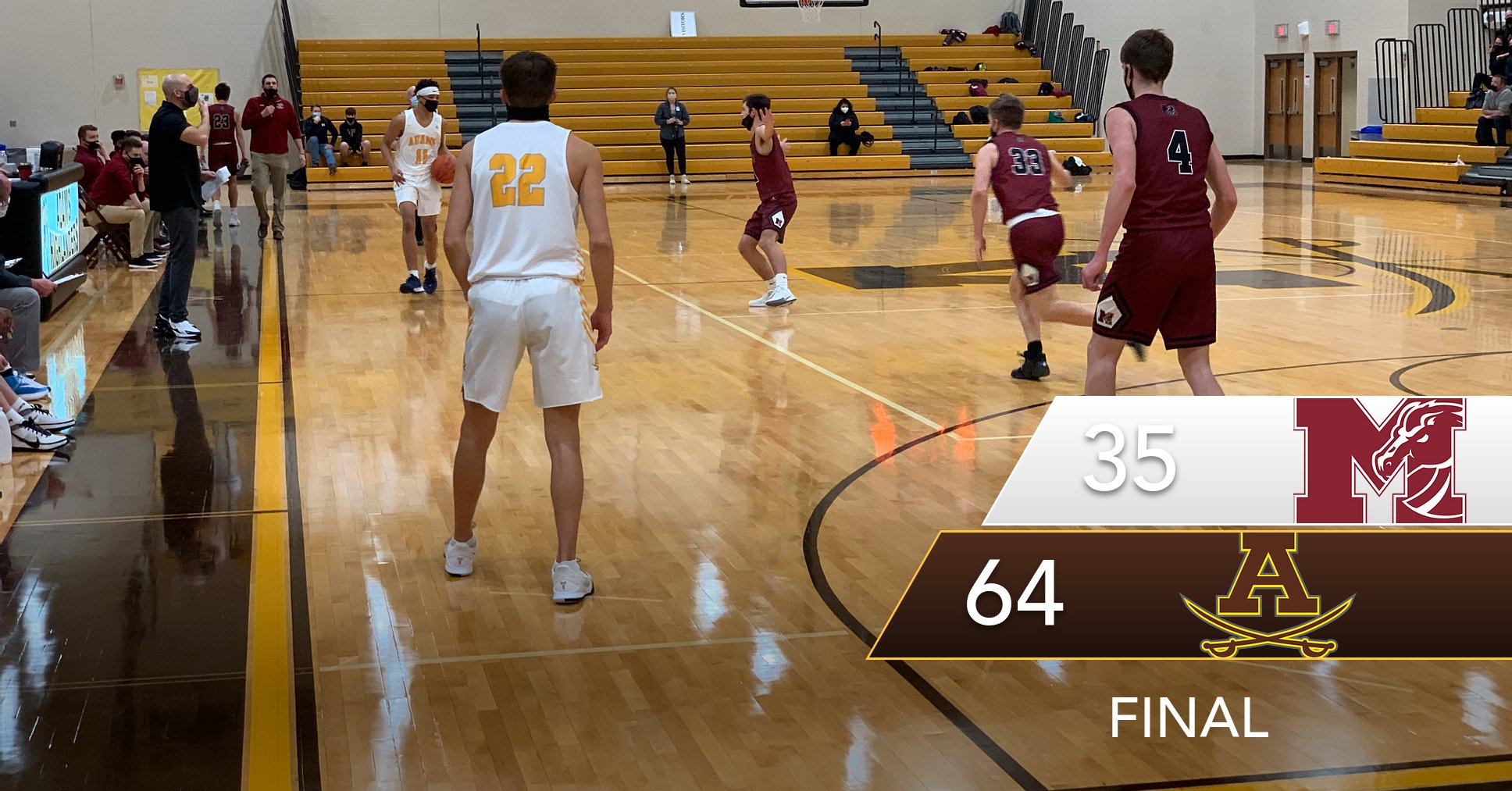 It was good day in the Adam’s main gymnasium as both the Milford Mavericks and the Adams Highlanders Boys Basketball teams were able to step on the court and play a game for the first time this season. It was a back and forth affair in the first half. The Highlanders got out to a 7 point lead after 1 quarter. The Mavericks were able to keep pace in the 2nd quarter as both teams put up 9 points. At the half, Adams led 22-15. The team was paced by Jon Ursuy and Ben Chermside who each had 6 points.

The Highlanders offense came to live in the 2nd half as they out-scored the Mavericks by 22 points in the last 2 quarters. The final score was 64-35 in favor of Adams. The team was led by Jacob Durand with 13. The tandem of Ben Chermside and Andrew Brown combined for 22 with 11 apiece. Inside the paint was controlled by Jon Ursuy and Brady Prieskorn who each had 10 points. The offense put up some solid numbers but the defense can’t be overlooked though. Justice Mims provided energy and strong defense against the Mavericks to help lead the defensive charge for the Highlander.

The team is back in action on Thursday as they travel to Southfield A&T for their first road test.