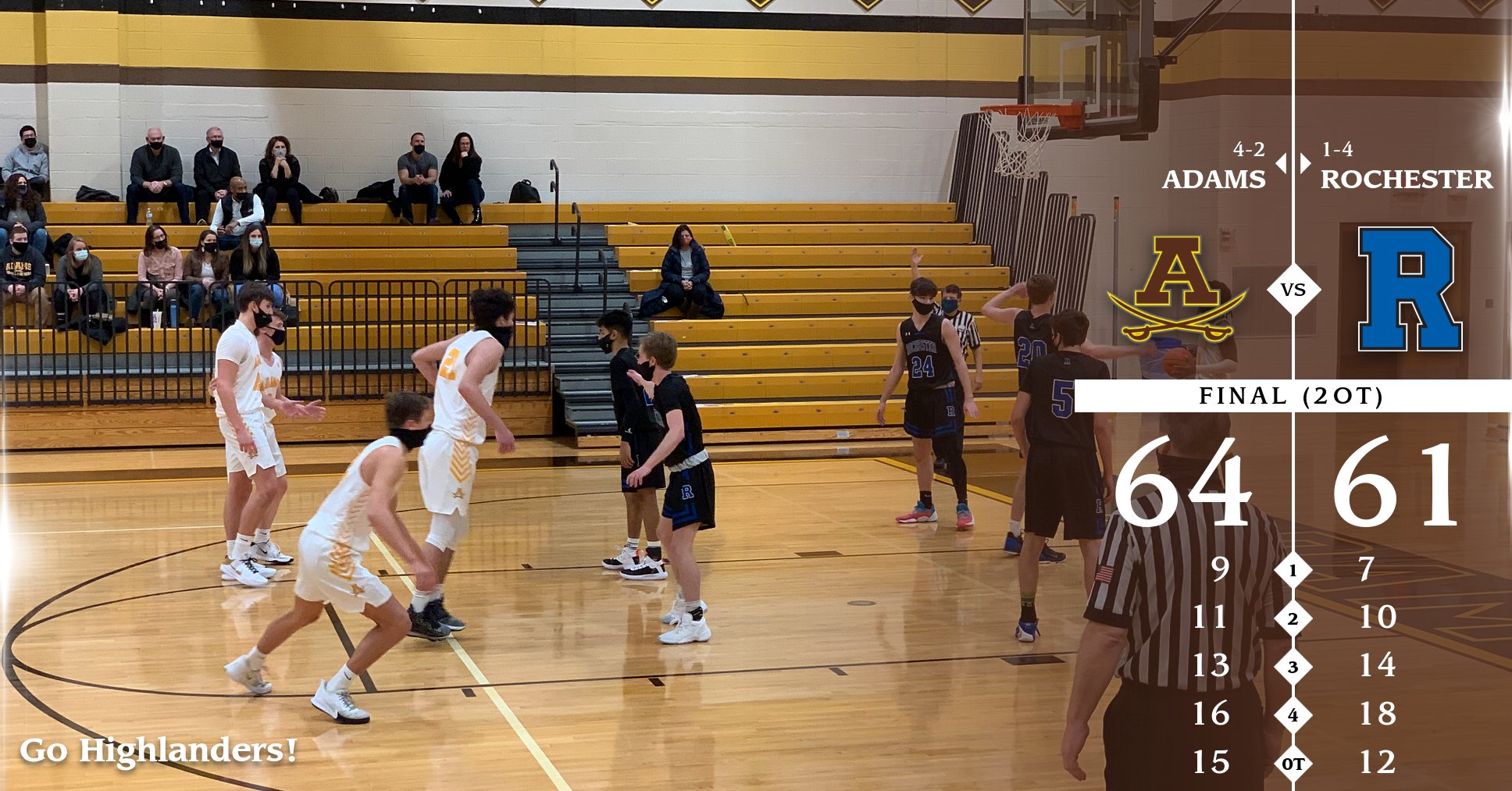 The Highlanders and Falcons did not disappoint when they took to the court for a Saturday afternoon matinee. Both teams tried to establish their identity in the first half. The Falcons had strong guard play and the deep threat in their arsenal while the Highlanders relied heavily on the strength of their inside game with Jon Ursuy getting a lot of touches in the paint. The Highlanders had a small lead at the half up 20-17. No team could pull away in the 2nd half as the lead flip-flopped between the two sides. The Falcons narrowed the gap in the 3rd to make it a slim 2 point lead. The 4th quarter saw the scoreboard go back and forth. Late in the 4th quarter the Highlanders took a 1 point lead with under 20 seconds left. Falcons had one last look at the basket. They were able to draw a foul and get to the line for the one and one. They hit the first one but the second one rolled around the rim teetering between a win and OT before falling out and heading the game to overtime. The first overtime swayed between the blue and the brown with no team gaining a real edge. The falcons had one last look with a tenth of second on the clock but could not get a tip to go. The 2nd overtime saw the Highlanders take the lead by 3 with 2 clutch free throws by Jacob Durand but the Falcons would not go easily into the night as they got one last shot to tie it. Both sides were holding their breathe as the Falcons deep shot careened off the backboard and rim.

The Falcons had great performances from Matt Willams II, Matt Stone, Preston Schroyer, and Louis Bowes. The Highlanders were led by Jon Ursuy who had a season high of 26 points. Justice Mims who stepped up in the OTs added 13 points. Freshman Brady Prieskorn continued his solid play as he chipped in 10 points and added a strong defensive component. The Highlanders are back in action on Monday as they travel to Oxford. Game times are 4 pm for the Freshmen, 5:30 PM for the JV, and 7 PM for the Varsity. Admission is $5 for the event.