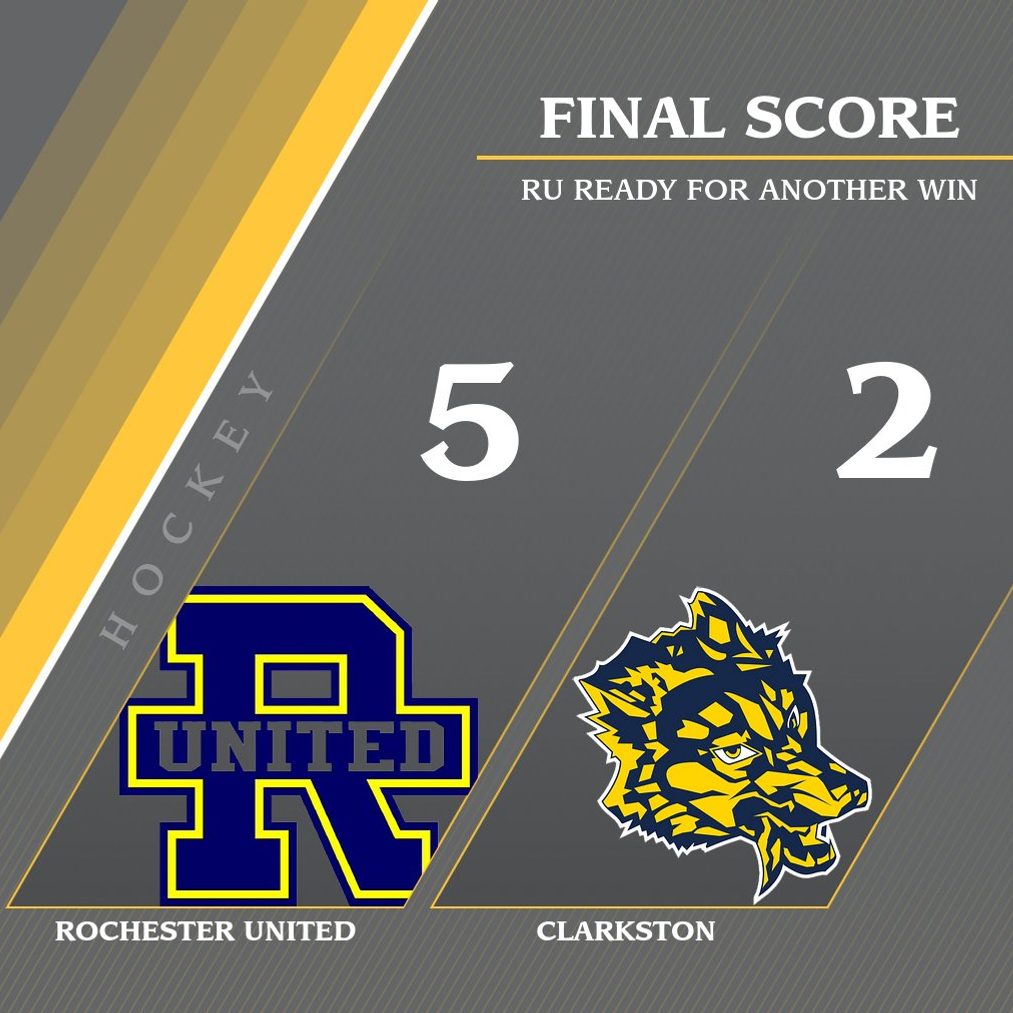 The Rochester United team took advantage of 3 power play goals to build an insurmountable lead against the Clarkston Wolves on their way to a 5-2 victory at the Onyx on Friday night. Rochester United started out with a power play goal by Parker Orlowsky about 5 minutes into the game. Dom Alter and Owen McKenna assisted on the goal. Less than 2 minutes later Parker found the back of the net again to put RU up 2-0. Jack Myers and Shane Arbour assisted on the goal.

The 3rd period saw RU extend the lead to 4 goals on a Jack Myers goal. The goal was assisted by Parker Orlowsky and Connor Boyd picked up his 2nd assist on the play. The Wolves would get a late goal to drop the lead to 3 but Goalie Kyle Keipper kept Clarkston at bay and preserved the win. The team moves to 2-1 on the season.

Rochester United is back in action on Thursday, February 18th as they skate against Lake Orion at the Detroit Skating Club. Puck drops at 7:45 PM. The team is then off to the UP for two games this weekend against Hancock and Houghton.